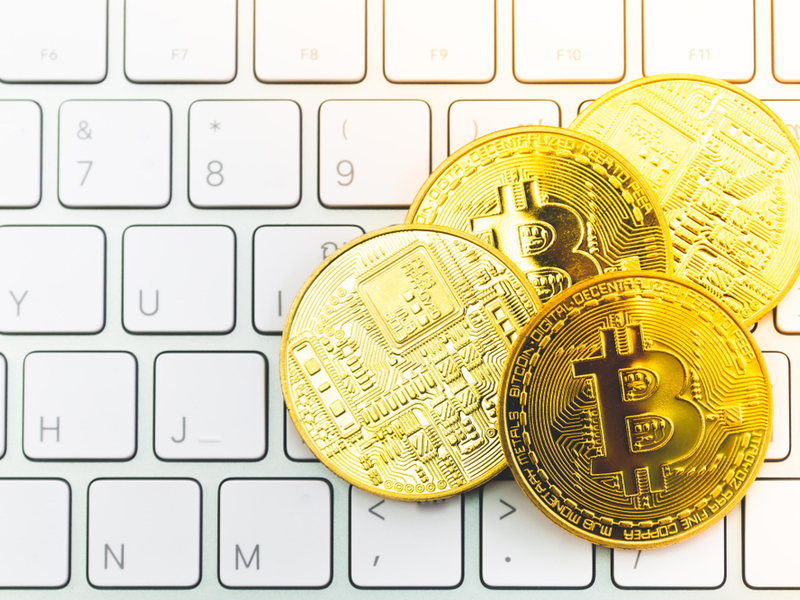 We’ve come a long way in the world of cryptocurrencies since the Bitcoin whitepaper* and its subsequent feat of mathematical and technological brilliance was released. Created by the anonymous, Satoshi Nakamoto in the wake of the Great Financial Crisis, this technology has challenged our conceptions of currency, investment, and sovereignty. As the cryptocurrency world continues to evolve and become intertwined with daily life, so does its adoption by legacy institutions, and thus its resiliency. While there is seemingly endless debate around how to classify Bitcoin, it is undeniable that this asset and the technologies stemming from it are changing how our world operates.

This paper sets out to provide a brief overview of the current state of affairs: how Bitcoin can supplement a portfolio, who is making investments in Bitcoin, and interesting applications that have stemmed from the creation of Bitcoin. We intend for this primer to not only serve as an introduction to cryptocurrencies but to also open a dialogue as this space is ever-changing, opportunistic and interesting.

Bitcoin and the Cryptocurrency Landscape

At its core, Bitcoin is a digital currency that is used as a store of value and, to a lesser but increasing extent, a medium of exchange. Bitcoins are mined on a systematic and programmatic schedule, under the concept of Proof of Work, which rewards miners in Bitcoin for solving complex mathematical problems. This protocol will release a finite supply of coins (21 million) to miners, until the year 2140, at a decreasing rate over time. As the computations continue, the problems become more difficult, and the rewards are reduced. This reduction in reward is known as a “halving” and occurs every 210,000 blocks mined, which occurs roughly every four years.

Many have dubbed Bitcoin “digital gold” due to its scarcity and store of value characteristics. While this is true, this comparison does not paint the full picture of the value of Bitcoin. In addition to its similarities to gold, Bitcoin also provides other benefits such as ease of storage, transferability, inability to be seized, and divisibility. These core characteristics in conjunction with its low correlation to traditional asset classes and the increasing consensus around its viability have made it an attractive investment opportunity.

While Bitcoin is the incumbent cryptocurrency, there is another side of the cryptocurrency ecosystem that has set out to build on and augment the foundation that Bitcoin has established. Unlike Bitcoin, which is written in a pre-existing coding language, this part of the ecosystem is largely built off of the Ethereum blockchain, a novel and new system which provides programmable, smart contract functionality (in addition to the Ether token). While that sentence contains a lot of jargon, it essentially means Ethereum is a tool kit that allows developers to create applications to serve various functions – we have listed a brief overview of some novel projects being built on Ethereum in the “Implications and Future Growth” section.

At a high level, Bitcoin is a protocol of scarcity, while Ethereum and projects built off of its blockchain are protocols of utility. Bitcoin and Ethereum operate similarly to IP (internet protocol) and HTTP (web transfer protocol) as they are the foundation for these systems to operate. The key difference however, is that you can now own a portion of the protocol. Buying Bitcoin now is the equivalent of buying a piece of the internet a few years after it was developed, and before it was widely adopted.

Bitcoin is the most dominant cryptocurrency by market cap at $255B, followed by Ethereum at $44B, as of 10/31/2020. Respectively, Bitcoin’s 24hr trading volume was $30B, and Ethereum’s was $11B as of the same date. Bitcoin’s current circulating supply is ~18.5 million coins, while Ethereum’s is ~113 million coins*. While previously mentioned that there will be 21 million available Bitcoin once all are mined, this number is slightly misleading as there have been a significant number of Bitcoins lost over the years. It is estimated that ~20% of the 21 million Bitcoins have been lost forever*. In Ethereum’s case, the circulating supply is theoretically uncapped, which is done by design, and based on demand.

The predominance and prevalence of a 60% equity/40% bond allocation has led to a largely homogenized mix of assets held by market participants. The rise in this portfolio composition has arguably led to increasing correlations, greater impact of inflows/outflows, and larger factor risk. While the core tenants of this portfolio composition make sense, there is an argument to be made that a relatively small allocation to Bitcoin could have significant advantages to increasing a portfolio’s diversification and return characteristics. This is particularly true as we are at an inflection point of the institutionalization of Bitcoin as an asset class. Singapore’s largest bank is in the process of launching a cryptocurrency exchange, Bitcoin futures and options have been trading since 2017, and institutional money is beginning to flood the market – all of which are indications of an increasingly efficient market environment.

At this juncture, Bitcoin is still a nascent asset with high volatility and return potential. However, it is becoming increasingly institutionalized and accepted. Since inception, the standard deviation of daily returns seems to be declining, and operating in tighter bandwidths; this of course excludes the outlier period of March 2020.

It is also important to take into account Bitcoin’s performance persistence and reduction in volatility relative to its correlations. Bitcoin has produced notably low correlations to broad asset classes since the beginning of 2015. In the chart below, you will see the uncorrelated nature of Bitcoin to numerous asset classes, on a rolling 30-day period*.

Contrary to popular belief, the biggest risk to Bitcoin is not the code being hacked. The Bitcoin code has been around for more than 10 years now and has survived being one of the world’s biggest bounties. While it is very unlikely that the code will be hacked, cryptocurrency exchanges can be the target of attacks. Hackers have been able to break into some exchanges, given vulnerabilities and poor security measures (i.e. Mt. Gox hack*). In light of the Mt. Gox hack, exchanges have improved user and exchange security (multi-authorization wallet, two-factor authentication, etc.*).

After purchasing a cryptocurrency, there are two ways for you to hold your coins. Storage inside of exchanges is considered “hot storage”, meaning your bitcoin (or another cryptocurrency) is stored somewhere that is connected to the internet. This is relatively less secure than “cold storage”, in which your cryptocurrency is stored in a wallet offline.

Political and governmental risk is also a pertinent issue with most investors. In a recent conversation with a prospective hedge fund manager, we discussed the potential for them to add Bitcoin futures trading to their platform. While they recognize the ingenuity of the asset, they hold concerns around market manipulation and the potential for it to be banned by governmental agencies. Because of this, they are not currently trading in the asset. These are potential risks, particularly given the fact that governments have begun to work on, and in some cases, release Central Bank Digital Currencies (CBDC). The IMF is also working on releasing their own CBDC rules and regulations*. Depending on the outcome of their findings, this could materially impact Bitcoin and its adoptability.

While it is not advisable to make investment decisions based solely on the opinion of others, it is important to understand the landscape and how others rationalize and act on their theses. Of late, there has been a significant shift in sentiment around Bitcoin both as an investment vehicle (Paul Tudor Jones), treasury asset (Square and MicroStrategy) and form of currency (PayPal). Below are various articles highlighting these actions over the last year (click to view referenced article):

It is likely that the aforementioned developments will and/or have already sparked other firms and asset managers to begin looking at cryptocurrencies, specifically Bitcoin to augment their portfolios, treasury holdings, and revenue streams.

What is Decentralized Finance

As previously mentioned, there is a whole ecosystem built off the Ethereum blockchain, which is set out to reinvent or reimagine existing businesses both in the legacy financial system and broader business categories. Decentralized Finance, or DeFi for short, is a growing subset of the cryptocurrency landscape that has grown significantly in 2020. Within DeFi, there are many applications, but at its core, it is centered around: lending, derivatives, payments, and decentralized exchanges. These projects are built off of the Ethereum blockchain and seek to democratize legacy financial functions.

DeFi projects that are garnering the most recent attention have been in the lending and exchange categories. Protocols like Compound have received a significant amount of attention and use, giving users the ability to borrow and lend cryptocurrencies, and earn interest on it*. Protocols like this have gained popularity not only for their ingenuity, but also the return potential, which is substantially higher than current bank rates, ranging from 0.12% APY for supplying Ethereum, to 4.97% for supplying the Tether cryptocurrency*. Below is a list of interesting projects and their associated values, which are tracked on DeFiPulse:

Lately, there has also been growth of lending in the Bitcoin markets. Companies like BlockFi are offering attractive interest rates on Bitcoin. Currently, within their BlockFi Interest Account (BIA), Bitcoin is garnering APY ranging from 3%-6%*.

Additionally, there are numerous projects in development outside of the DeFi ecosystem that are challenging legacy businesses, or advancing the efficiency of blockchain technology. The below are interesting projects, with potentially large use cases:

Why We are Following Cryptocurrencies

Thus far, the general approach of some of our existing managers is to focus on Bitcoin futures markets as they are highly liquid and structured. We have seen a few amendments to managers’ PPMs allowing for this type of trading, with this predominantly coming from our quantitatively focused managers. In one instance, a manager was actively searching for Bitcoin traders toward the end of 2019, but they have since terminated the search. Given the current run-up in the price of Bitcoin, we expect our managers to continue researching and evaluating opportunities, as outlined in their amended PPMs.

As allocators of capital, it is our duty to diligence and properly research investments to analyze the best risk/adjusted returns within various market opportunities. Cryptocurrencies have been on our radar since 2017, and we have had many discussions with managers, both potential and existing, surrounding their opinions and ability to trade cryptocurrencies. We are working to properly inform ourselves on the matter and offer to clients, if interested, the most suitable and attractive opportunities.

We have been researching various approaches and structures to investing in cryptocurrencies through prospective managers. While we are not yet ready to make any investment recommendations to our clients, we are open to discussions around the space. We have been in contact with managers operating with the following structures: 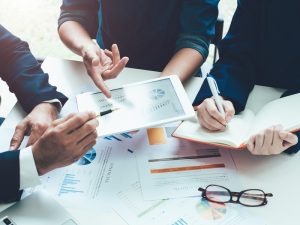 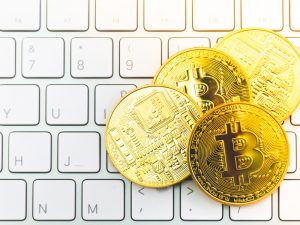